Bohemiana: The compositions and arrangements of Dan Roberts Volume 1 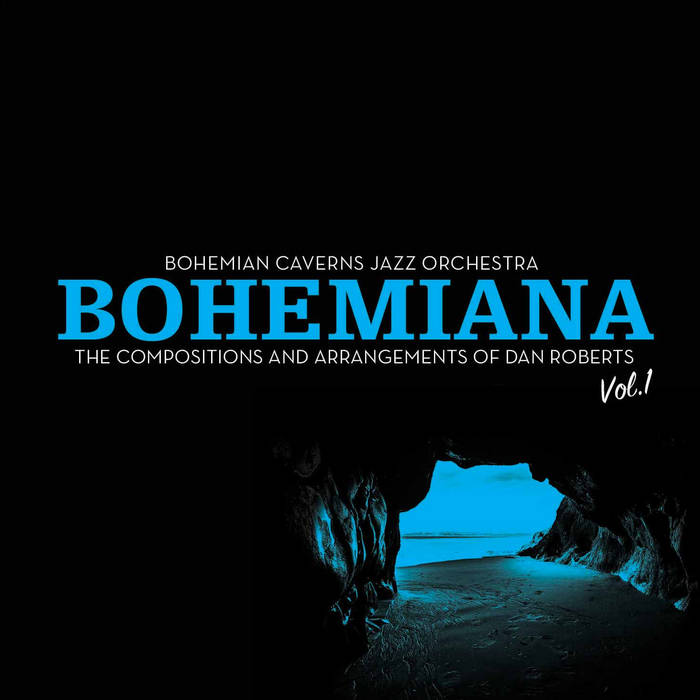 Written in the Stars

In addition to being a phenomenally talented vocalist, Lena Seikaly is a phenomenally talented songwriter. I’ve had the good fortune to perform this song with her several times, and it never fails to impress me with its beautiful lyricism and judicious construction. This chart is among the first I attempted to write for big band, so it may score higher marks for enthusiasm than competency, but I can only hope that I managed to do the tune justice.

I’ve always loved this tune since Brad Mehldau recorded it on his Elegiac Cycle album in 1999. The idea of recasting something that had only ever been conceived of as a solo piano piece into a big band arrangement was an appealing challenge to me. I clearly heard in my head the opening melody in unison saxes over drums and just went from there. BTW, shout out to Chamblin’s Uptown in Jacksonville FL, where I spent hours writing this thing.

I wrote this as a feature for the sax lineup of the BCJO, which has changed several times since I wrote it, but has always always remained strong. Once I had the idea to give this great little melody to the sax section, the chart pretty much wrote itself.

Mike “Bags” Davis heard me playing this tune on the piano and requested that I write a feature for him on it, to which I gladly agreed. In addition to showcasing his beautiful melodic sensitivity and flugel chops, it’s a remarkable feat of endurance, given that I didn’t really give him a chance to rest (sorry Bags)!

While I love Herbie Nichols and his many brilliantly idiosyncratic compositions, the inspiration for this chart mainly came from Paul Motian’s Electric Bebop Band, specifically their cover of this song on their 2000 album “Europe.” May Paul’s mischievous spirit live forever.

In writing this, I tried as best as I was able to capture the overall vibe of the BCJO. The crazy fake stalactites, the gonzo attack of extremely difficult music with absolutely no rehearsal, the substitute bass player struggling with an unfamiliar 13 page chart with one rickety music stand and inadequate lighting, the piano mic that worked 7% of the time, the gallows humor, the snark, the camaraderie, the sudden unexpected appearance of the sublime, the audiences that were into it, the audiences that talked, some audience members that were a little too into it, the times it was packed, the times it was empty, the agony and the ecstacy: I tried to get it all in there.


Part 1 starts with some intricate interlocking rhythms designed to grab your attention, in the spirit of early big bands from the 20’s and 30’s. It’s no accident that the first solo spot goes to one of my favorite musicians associated with the band, the great Eliot Seppa on bass.

Part 2 was conceived as a lullaby for my then infant daughter (she’s now 6!), and it shares some musical DNA with the first movement of Brahms’ 2nd Symphony, which I was listening to a lot at the time I was writing it.


Part 3 is a down and dirty Ellington shuffle in the spirit of “Loco Madi.” I snuck in some quotes from the first two movements to reward close listening!