Bohemiana: The compositions and arrangements of Dan Roberts Volume 2 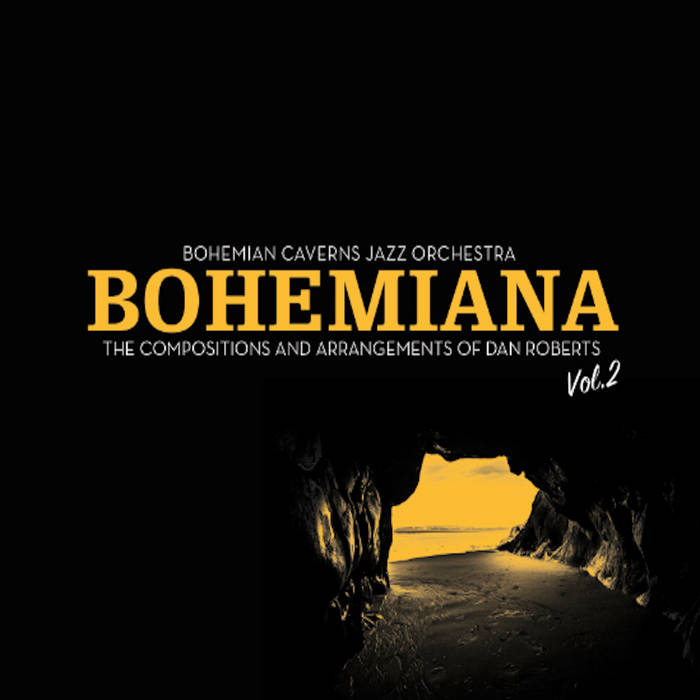 Under A Blanket Of Blue feature: Lena Seikaly

with Lena Seikaly, vocals on "Under A Blanket Of Blue"

Ave Maria
The band is always looking for fresh material to play around the holiday season, a situation I see as an opportunity. My conception for this arrangement was simple: what if Etta James sang Ave Maria? Specifically, I had her incredible recording of “I Found a Love” in my head.

Under a Blanket of Blue
My desert island jazz recording would probably be “Ella and Louis,” and for whatever reason, this is the one tune from that album that doesn’t seem to get performed as much as the rest. I wrote this specifically for Lena Seikaly to sing with the band, and, knowing her unique vocal capabilities (which are essentially limitless), I threw some curveballs in there that I knew she’d be able to handle.

Shirl
After listening to this mysterious and beautiful Horace Silver ballad every night for years, I knew I either had to transcribe and arrange it or go crazy. It lends itself so well to the saxophone section, who needs the rest of the band?

Lady Sings the Blues
Herbie Nichols and Billie Holiday are two all-time greats, so of course their collaboration produced this amazing gem. I tried to give it a “Gil Evans” spin (much easier said than done!)

Bring a Torch
I’ve loved this somewhat obscure Christmas Carol ever since I was a kid - I think it’s one of my dad’s favorites. My arrangement provides a real challenge for soloists, but I’ve always been amazed and delighted with the way Griffith Kazmierczak has managed to navigate the changes and create a beautiful improvisation. He makes it sound easy.

Link's
I wrote this tune for the great local alto player Lyle Link, and I even had the privilege of performing it with him a few times back in the day. In adapting the tune to a larger setting, I used the Joe Henderson big band album as inspiration - the way he expanded some of his legendary tunes like Isotope and Recordame.

I’ll Never Stop Loving You
I used to play this beautiful ballad every week with alto saxophonist Maurice Robertson - he introduced me to the incredible recording by Cannonball Adderley with Strings. Brad Linde heard me playing it, asked me to write a feature for him on bari sax, and I was only too happy to comply.

Two Bass Hit
Eliot Seppa re-introduced me to this swinging John Lewis tune; we used to mess around with it during set breaks. I based the arrangement loosely on the version recorded by the Sonny Clark trio.