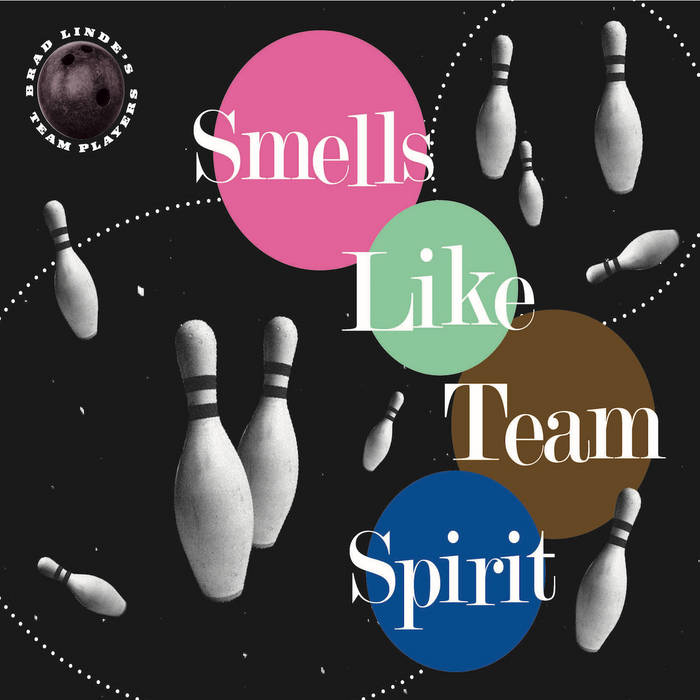 
This is the third album in our series and represents my experience as a bowler, as well as the secondary theme of outer space. The title comes the name of the bowling league team I had in high school during my days as a drummer with a (mostly) Nirvana cover band.
It dedicated with love to my mother and father (Cheryl and Bill), my constant supporters and the first bowlers I ever met. (A special mention goes out to Katie and The Ben for the countless hours spent at the Carolina Student Union, making up the scoring rules as we learned to pick up spares and determine the perfect name to precede the X.)

"Gotta blast!" is a collective improvisation. It is dedicated to the OGs of brADVISORY (Abby, Lucy, Narda, Josh, Wes, and CJ).

Deric's "The Big Four" is a simple melody for the hardest split in bowling.

"gutter" is inspired by Oscar Wilde's famous optimism. Written for two bass clarinets in the low register, the tone row is derived from Strauss's "Of Science" from "Thus Spoke Zarathustra" used in the film "2001: Space Odyssey".

Aaron gives the facts for his piece "...oiled...": "The pin version of bowling is often played on a flat wooden or other synthetic surface."

Originally written in a "space key", "Sun Ra's Biscuit Kitchen" is a blues with pedal points on the b7 and #9. In bowling the flat 7 or flat 10 (#9) is a single pin left standing on the edge.

"Over the Line" - A conversation between Walter and Smokey. "For Sam and John Goodman". - Billy

Deric says of "Picket Fence": "An ode to the overworked, unemployed, single, divorcee, separated, going through rough times, middle-aged guys that have found themselves at a bowling alley bar. We raise out glass you, for we have felt your pain."

"Turkey" merges and twists the American standard song form with dodecaphony and the musical language of the Tristano school. "For Lennie, Mark, and Elizabeth Taylor". - Billy

"...I'd like to sleep." is the last in the hypothermia trilogy by Aaron. "Terminal Burrowing as a gesture of self immolation. A way of giving up hope for sleep."

Aaron is a master at Snapchat and would often include Jimmie Haskell's "Starlight" as a soundtrack for slow motion cat videos.

My favorite pin configuration in bowling is called "Grandma's Teeth". I created a graphic score to show the positions and assigned pitch cells to improvise on and the resulting melody became a two bar theme. When we entered the studio, the Cagean concept became an early jazz exploration - a throwback to my days in Chapel Hill listening to the Squirrel Nut Zippers.

Thelonious Monk was incorrectly cited as having recorded this piece in London. This is the one he did not record, but it satisfies our bowling theme - there is a chain of bowling alleys bearing the name Dreamland. Its starry nature alludes to outer space. Note: we end all of our albums with an old ballad with some connection to Monk. this is also how we end each live performance - just interpretations of the melodies, no improvisations. Also note: Billy is the tenor saxophonist on the second melody statement.

(the coda is a reprise of Aaron's final movement interrupted by "Gotta Blast! 2")

Special thanks to everyone involved, from technical and artistic decisions to inspiration and encouragement: Mike, Matt, Billy, Deric, Aaron, John, Django and Juju, and the little league players: Rander, Eli, Carmen, Doudy, Maite, and Kat.

Recorded at The Brink in Centerville, VA on March 28-29, 2017
Engineered, mixed and mastered by Mike Reina
Artwork and Design by Matt Rippetoe at Sideman Creative, LLC
Produced by Brad Linde and John J. Williamson